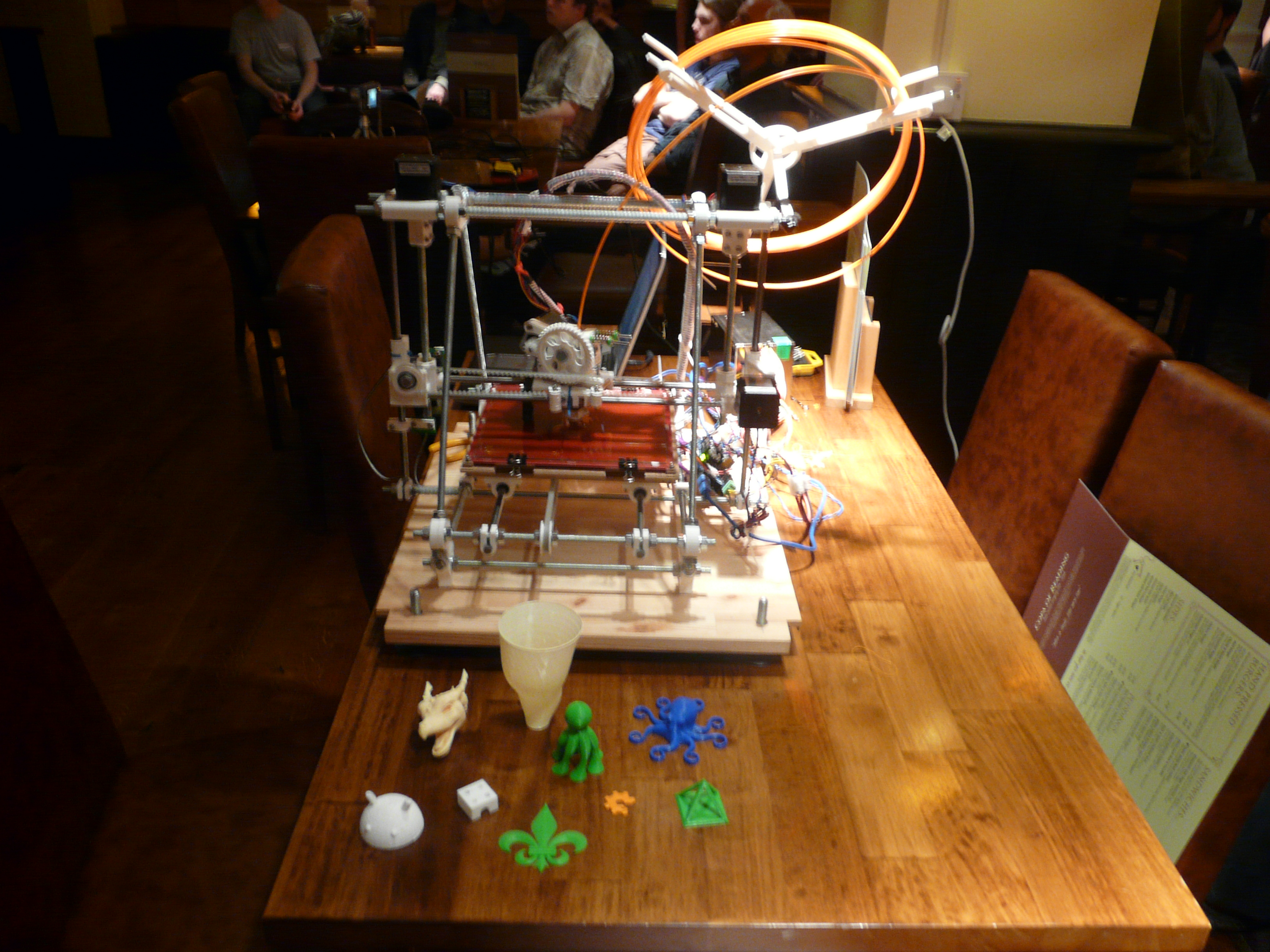 Last Tuesday, 27th September saw us descending on Copa with our RepRap yet again for the first ever meeting of the Thames Valley RepRap User Group or TVRRUG for short. The focus of the agenda – planning the first Thames Valley Build Party!

We brought along our recently completed Prusa as an example of the machine that could be built at a build party, and some samples of prints from both Mendel and Prusa. The most ambitious print I have attempted so far is the Dragon Head, which I printed just before the meeting to give an idea of the detail that could be achieved. 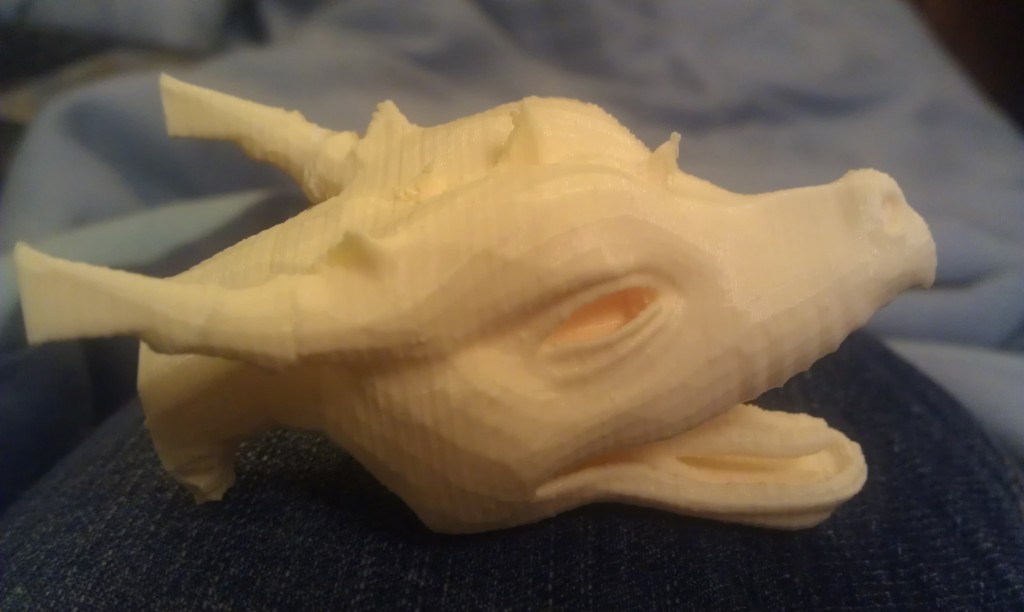 Moving swiftly on, we wanted this user group to be as inclusive as possible, a community from all corners of the Thames Valley with all varieties of 3D printer. So were really fortunate that Ian decided to bring his Wooden RepStrap all the way from Hampshire for the evening, as well as his Prusa-in-progress. 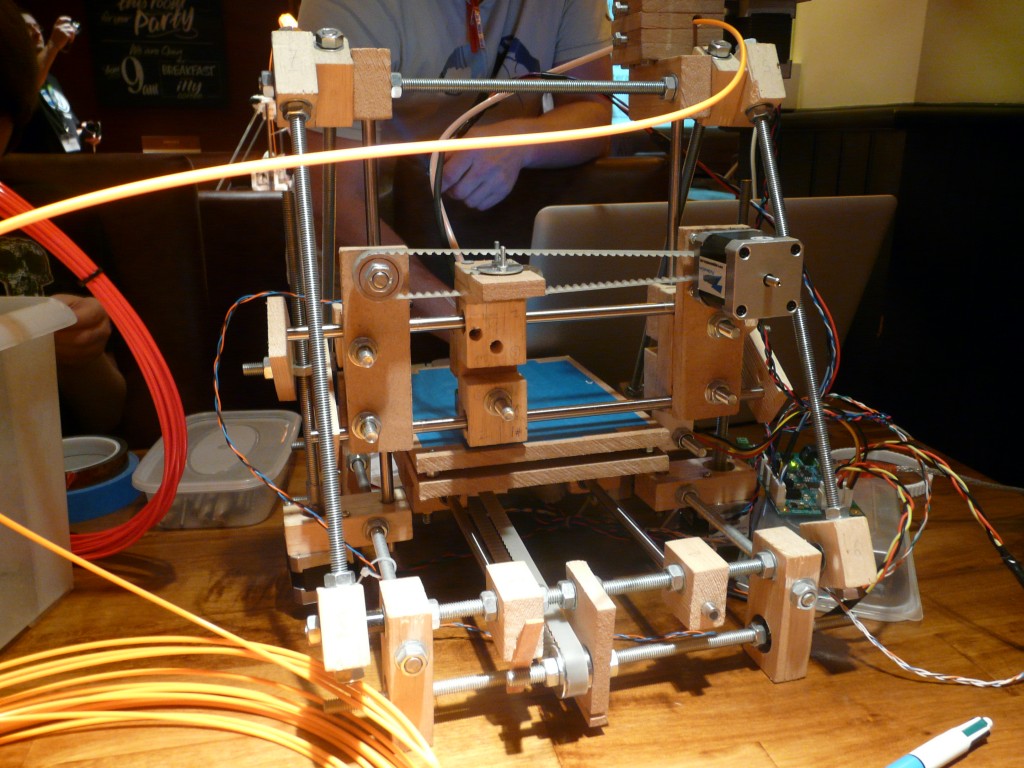 Paul also spoilt us by bringing with him from Guildford yet more of the lovely prints from his Makerbot. 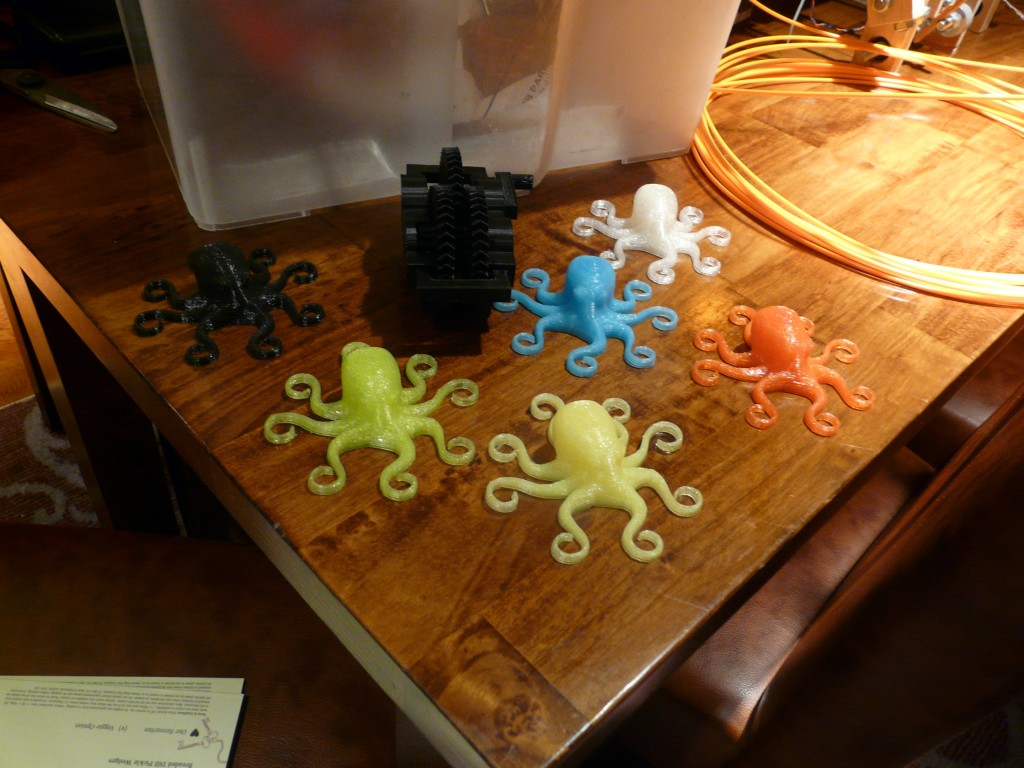 Get the impression he likes to print the Octopus?

The mix of people on the night was really exciting, ranging from those with their own working printer(s) to those impatient to get started with lots of really good ideas bandied about. There were about 15 people wanting to build a RepRap, which is about 3 times as many as we expected! The hope is to get at least the first lot of builds under way before Christmas.

The details of the build party are still being hashed out in the Google Group as we ran short of time, but it was a really great evening with heaps of enthusiasm for all things 3D printing. We hope things carry on from here, and have lined up a meeting in Copa at 8pm on the 4th Tuesday of the month. Hope to see you there!