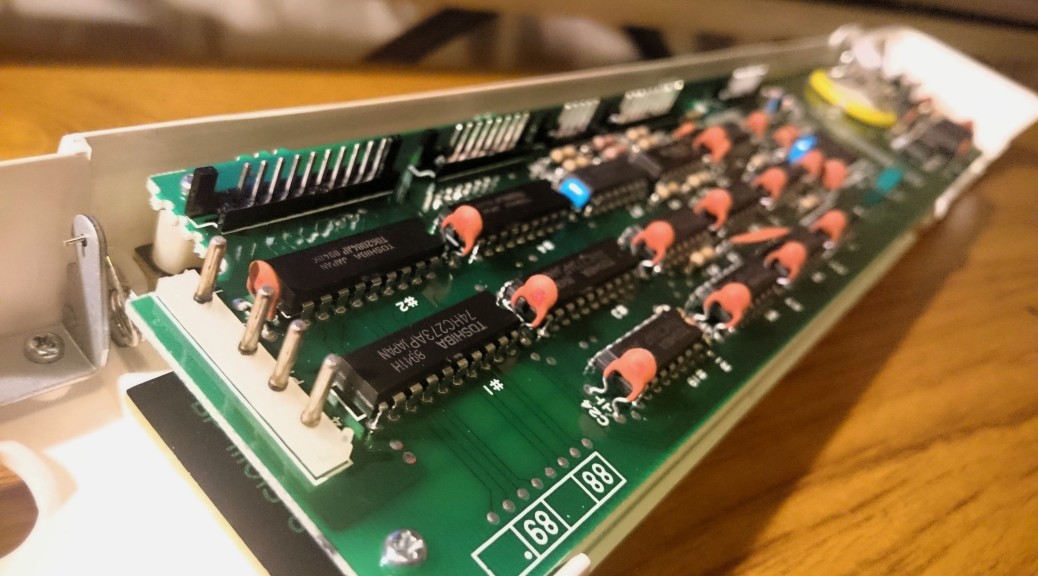 On several occasions over many months I looked to the wisdom of the world wide web in an attempt to diagnose and fix my Brother KH-950i electronic knitting machine. I consulted manuals, google, web forums and mailing lists, service engineers, sellers and anyone else I could think of.

Eventually I reached the conclusion that the electronics, at least the main PC board, are beyond repair. Here’s how.

The M key does absolutely nothing 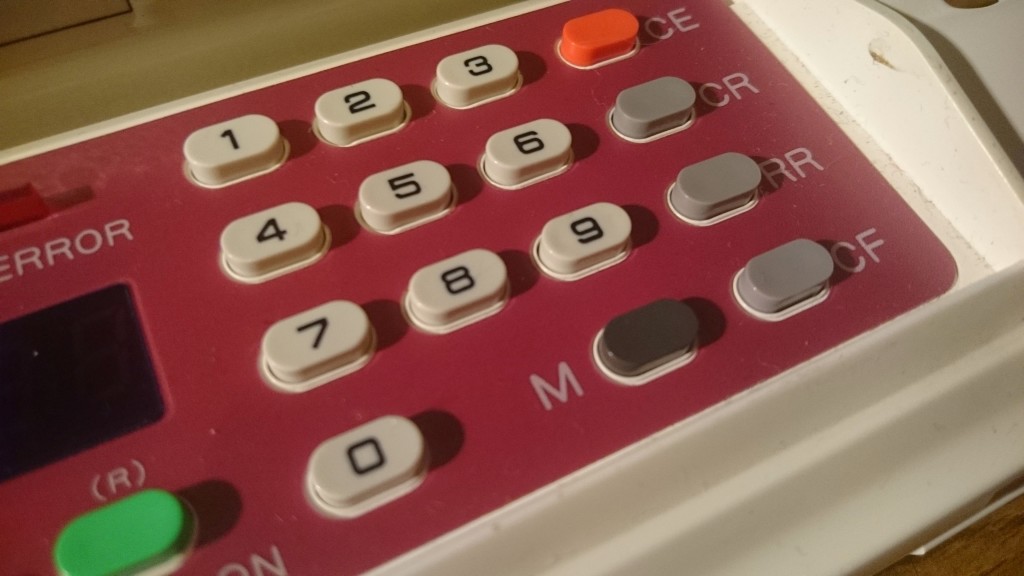 The symptoms my machine exhibit are thus:

The M key is important – it follows almost every button press in programming a pattern to knit on the machine to confirm each command.

Conventional wisdom said that there was a memory error, perhaps the previous owner had tried to upload too many or too big a pattern and the memory had overflowed. This should be fixable with the 888 memory erase function.

One other possibility was a dodgy battery within the electronics. There is a 3V Lithium cell battery soldered to the main PC board which is responsible for the machine remembering user programmed patterns when the power is off.

If the battery on your machine is at 2.5V or less, it needs replacing [1]. Mine was still at a healthy 3V, so at least that was one cause eliminated.

The battery used in the 950i machine is a Panasonic BR3032 3V Lithium coin or button cell with tab mountings, as shown in the photo. I believe the exact part number is BR3032F2N, with the F2N representing the 2 pin, flat mount,  with insulation wrap.

I could only find this exact BR3032F2N battery available at DigiKey UK.

The CR3032 is a similar battery, the difference being its chemistry [2]. The CR3032F2N appears to be more easily available and might work as a replacement.

Alternative replacements would be a plain BR3032 or a different size BR series battery with a holder . Other 3V lithium batteries might work too.

Back to the matter

If the battery is responsible for remembering custom patterns, surely then removing the battery should cause the machine to forget any incorrectly loaded pattern causing the issue?

What does the service manual say?

After seeing how useful the service manual was for fixing the Toyota knitting machine in my first adventures with knitting machines I’ve tried to get hold of copies for every model I own. Unfortunately it has proved impossible to get hold of one for the 950i. I even asked Brother for a copy but they refused as I am not a Brother engineer.

Luckily, the KH-910 service manual (at least the electronics section) is floating about the internet. This is apparently the model immediately preceding the 950i – should be close enough!

Section IV item 3 has a routine for checking the correct functioning of the pattern case (including the M key). Running through the test sequence on my machine results in a resounding fail.

The service manual’s verdict – replace the whole pattern unit or main PC board.

11 thoughts on “Ding dong, the 950i electronics are dead”