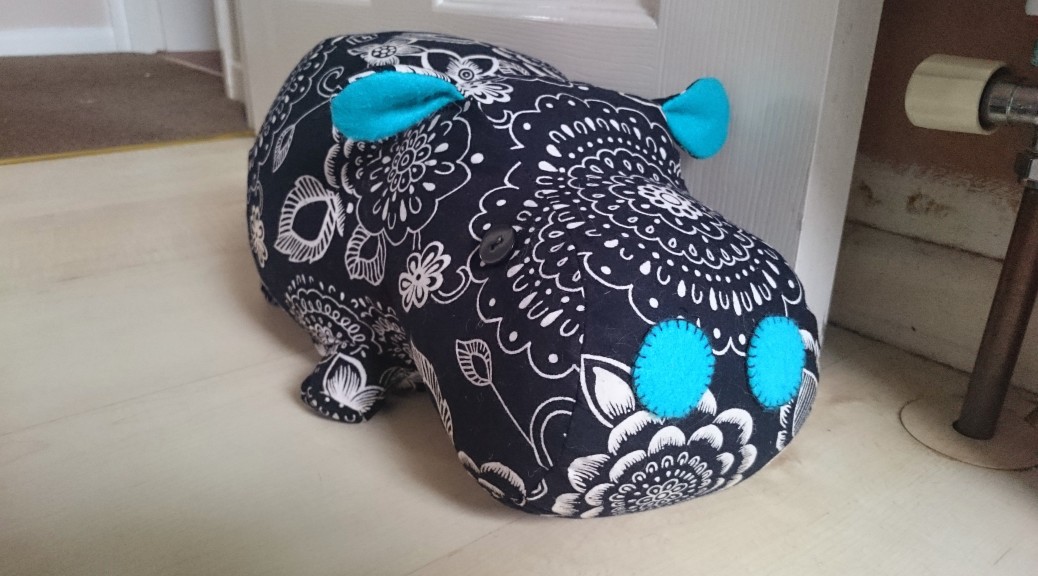 When my sister and her husband moved into their first house together just before Christmas they were gifted a specially made door stop as a house-warming present, what a fantastic idea!

Since then I’ve been waiting for the opportunity to make and gift a door stop. The perfect opportunity presented itself when one of my best friends and her fiancé moved into their new flat last month.

After scouring Pinterest for door stop patterns and ideas, I finally settled on the Mary the Hippo soft toy pattern.

I dusted off my sewing machine, used an old dress for the fabric, buttons for the eyes and scraps of felt for the ears and nose. They aren’t kidding when they say to stock up on toy filler – I ran out just trying to stuff the head and had to use scraps of fabric to fill it out. For the body stuffing I filled a plastic bag with 2kg of lentils topped off with pasta, rice and whatever else was in the kitchen! 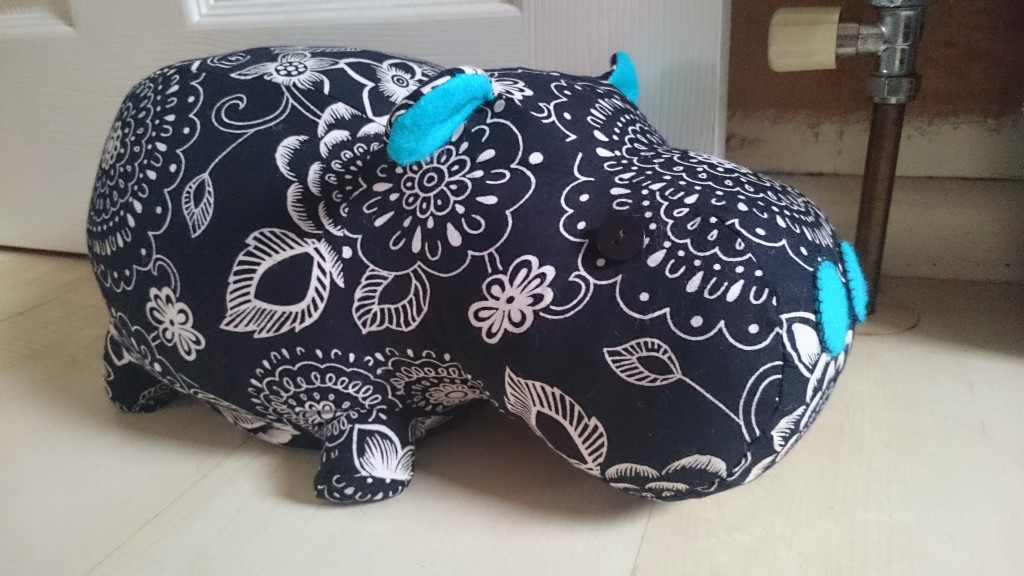 I was worried about how big and heavy the door stop turned out in the end, but as it happens my friends were searching for an extra heavy door stop for an especially heavy door. They have christened him Hugo.

The pattern is well presented and the instructions very clear. It was easy to print out and the pattern pieces that spread over multiple pages were easy to align using the pattern markings. Sewing it together was straight forward, the feet being the only tricky part. I had great fun making it over a weekend and am glad it was received so well!